Throughout the early 1990's Jakarta’s blend of capitalism and socialism encouraged industrial growth.

While the evolving infrastructure provided work for most citizens, the poor were paid less than the middle class. They could feed their families but many had nowhere to live, and the government would not accept responsibility for housing them. Shanty towns emerged, often adjacent to the high-rise buildings and sprawling factories symbolizing Indonesia’s industrial boom.The capitalist years moulded Jakarta into a city of systems. While the government created jobs for the poor, the work was often menial and class divisions widened.

The industrial boom encouraged villagers seeking a better future for their children to migrate to Jakarta. However they were the first to lose their jobs during the economic crisis in 1997.

The shanty towns became breeding grounds of hostility and rioting, which resulted in the government’s downfall. The newly elected government failed to maintain the infrastructure which provided employment for the poor, and the scavenging system evolved. As the shanty towns overflowed the Senen train tracks were transformed into a community of collectors living under makeshift shelters. Their lives revolve around train timetables and the schedules of plastic buyers, and they face constant harassment from government officials demanding money to protect them from eviction.

Despite decentralization, villagers are still lured by the 'Jakartan Dream'. Most provide for their families, but opportunities for children in the villages are limited. Jakarta is perceived to be a city of dreams, where employment is abundant and money flows freely. But villagers arriving on one way tickets are often left to fend for themselves with no work and limited education.

Previous Next
Chasing the Jakartan Dream.Throughout the early 1990's Jakarta’s blend of capitalism and socialism encouraged industrial growth. While
the evolving infrastructure provided work for most citizens, the poor
were paid...

Collecting to SurviveThe Bantar Gebang landfill was established in 1989 in Bekasi, East Jakarta. While...

As the landfill’s international investment opportunities increase, both the conditions of the workers and the...

The industrial boom encouraged villagers seeking a better future for their children to migrate to...

Life amongst the tidal zoneJakarta's decentralisation push has been seen as one of the most...

Marunda Village is located on the northern outskirts of Jakarta. Companies have poured funding into...

Roostien Ilyas, a social worker and founder of the Nanda Dian Nusantara Foundation in Jakarta...

Singing in the streetsIn mid-2007 the Jakartan government passed a by-law which allowed authorities to...

During Ramadan, the Islamic month of fasting, when most of Jakarta's long term beggars and...

Jakarta's ‘city of dreams’ will continue to bring migrants to the industrial epicentre. However the... 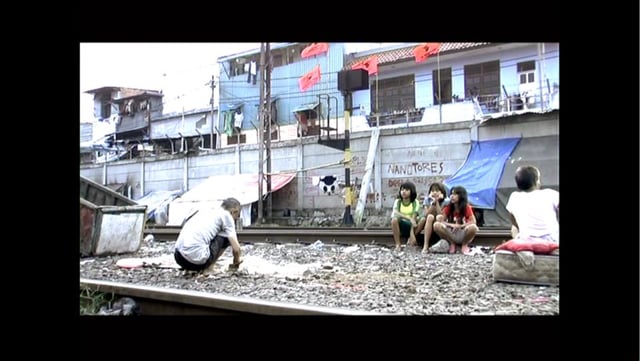