The Kigamboni Community Centre was founded by a small group of Tanzanian  youth who had faced the issues of homelessness, poverty, family conflict and lack of education. Their dream was to allow every child to share their unique talents with the world in order to make a better life for themselves. The first step was to ensure access to education for children who had dropped out of formal schooling. Run entirely by volunteers, KCC's 'Drop Out School' offered hundreds of students the opportunity to study math, Swahili, and English in order to re-enter formal schools. While this primary education program was running, they had a near 100% success rate of placing the students back into mainstream schools.

In 2011 the Tanzanian government informed KCC they could no longer continue their Drop Out School program as they did not have qualified teachers. The program was moved to a different area and qualified teachers took over. However, the government has announced that in January 2013 this program will end. With the cost of employing formally trained teachers out of KCC's reach, hundreds of children will be left without a means to re-enter school.

According to the 2011 Millennium Development Goals report, Tanzania has almost achieved its goal of universally accessible primary education. The budget for national education in Tanzania has tripled in the last  decade, with trillions of dollars being poured into building new classrooms and employing more teachers. As a result of these measures, school enrollment has increased drastically to around 95%. However, a recent Uwezo study of education in Tanzania indicates that the increases in enrolment do not necessarily equate to increased learning and academic success. Although school itself is free, the cost of uniforms, textbooks and transport is still too much for many families and most Tanzanian children still struggle to get an education. The grim reality is that students regularly miss classes so they can look after sick relatives or work and make money for their family. The study found that after two years of primary school, the majority of children cannot read basic Swahili or English or even do basic mathematics.

16-year-old Jackson was one such child who struggled to get educated due to financial and family issues. He lost his father when he was just a baby and soon after his mother become feeble with illness. At eight years old he went to live with his brother and sister-in-law. Though he was enrolled in school, he missed many of his classes and quickly fell behind as his sister-in-law felt that Jackson’s time would be better spent selling soaps at the local market. For three years he taught himself what he could using borrowed textbooks and reading the notes his friends had taken in class. When he was 12 years old his aunty moved him from Arusha to live with her in Dar Es Salaam where an administrative error again prevented him from attending school. Eventually his aunt heard about the Drop Out School program at KCC and after just one year Jackson was able to pass the entry exams and start mainstream school, where he quickly became top of his class. He still returns to the centre every day after school to attend drama and English classes and spend time with his friends, who he calls his “KCC family”.

For now, KCC continues to provide English lessons, social education, preschool classes, acrobatics, traditional and modern dance, drama, Netball, soccer, computers and health. Perhaps most importantly, the centre also gives children a sense of confidence, belonging and hope for the future. Nassoro, one of the original founders and the acrobatics teacher, says, “KCC gives children a big chance because it is bringing everyone together to share what they know and what they can do.” Jackson certainly believes that without KCC his life would have been very different. He imagines he would never have gotten an education and may even have ended up on the street. Now when he talks about the future a wide smile spreads over his face, “I feel strong now. I know who I am and what I want to do. At KCC I met people with bigger problems than me and realised anyone has the power to build their own life.”

The Gallery Project aims to raise enough money to pay two qualified teachers to work at the centre and ensure all the students have the opportunity to get an education.

Previous Next
The Kigamboni Community Centre was founded by a small group of
Tanzanian  youth who had faced the issues of homelessness, poverty,
family conflict and lack of education. Their... 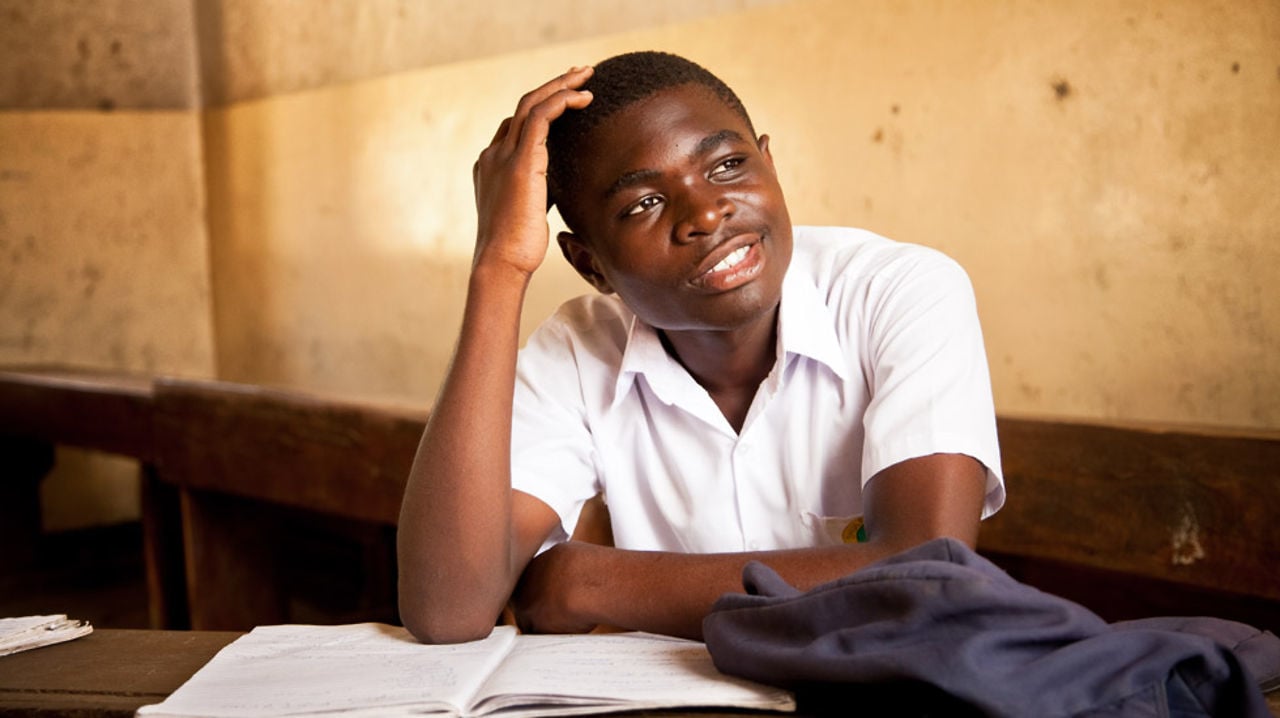 There was a time when Jackson, now 16-years-old, thought he...

Each afternoon the Kigamboni Community Centre comes alive with activity as children from the surrounding...

As the sun begins to set in Kigamboni on a Friday afternoon, Said Juma gathers...

On the acrobatics mat in the main quadrant of Kigamboni Community Centre, Omary works to...

Rasoul takes a few long strides before launching himself into a double flip over a...

The philosophy of Kigamboni Community Centre is that every single person – no matter what...

The classroom is full of brightly coloured fabrics, tape measures, scissors, pins and the gentle...

Five-year-old Bahati is one of the most eager students at Kigamboni Community Centre, spending several...

Modern dance is Waziri’s passion, a talent he hones for hours every afternoon at Kigamboni...

Acrobatics is one of the most popular talent development programs at the Kigamboni Community Centre. Every...

As the storm clouds roll in over Kigamboni Community Centre, the drum beat speeds up...

Spontaneous dance circles are a common occurrence at the Kigamboni Community Centre. 16-year-old Jackson is...